On International Women's Day, meet a few of the women in Rotary playing a pivotal role in the effort to eradicate the disease
Story Written By:
Audrey Carl

In every corner of the world, women in Rotary are leading the charge to make polio history. They are fundraisers, volunteers, polio survivors, and advocates from all backgrounds and walks of life with one thing in common: working to ensure that no child ever has to suffer the devastating and paralyzing effects of polio. In honor of International Women's Day, we highlight the work of 5 of the many women in Rotary leading the way in the fight to end polio.

Diment, of the Rotary Club of Maidenhead Thames, England, leads Rotary’s UK advocacy efforts, and is a passionate fundraiser and International PolioPlus Committee member. In 2017, she led Rotary’s efforts to create champions for polio eradication among UK political leaders, resulting in the country committing an additional £100 million to the global initiative. “On International Women’s’ Day, I salute the frontline women health workers in Pakistan, Afghanistan, and Nigeria for their dedication and commitment to ensure that all children under five are vaccinated, often risking their lives on a daily basis.” Hear more from Diment here.

Ijeoma Pearl Okoro is a member of the Rotary Club of Port Harcourt, Nigeria where she directs End Polio Now activities throughout sub-Saharan Africa. She leads efforts to build awareness around the fight to eliminate polio from Nigeria and engages other Rotary members and the public through events and promotional endeavors. Through a range of activities, like government advocacy, celebrity engagement, and fundraising, Okoro’s leadership helps ensure that polio eradication is a priority and every child is protected from the disease. “Until the last child is reached and immunized, no child in the world is free. Let us all support the cause to end polio now.” 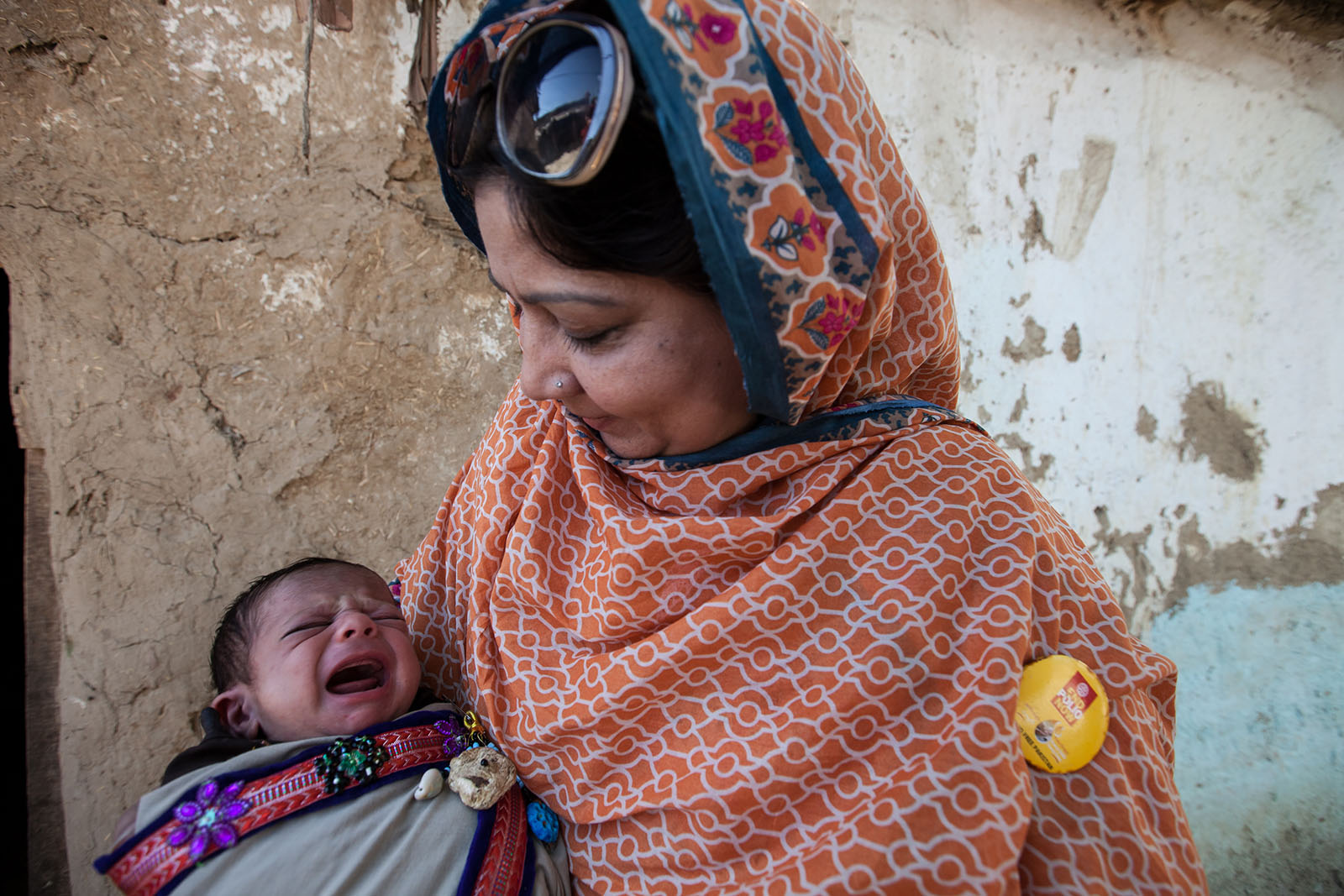 A member of the Rotary Club of Islamabad (Metropolitan), Pakistan, Gul runs a Rotary-funded health center in Nowshera, working with teams of female vaccinators help reach neighborhoods of ethnic Afghan refugees displaced by conflict in tribal border regions. Gul’s teams use cellphones for daily data reporting on immunization progress, which helps health organizations analyze data and report back in real time. “I just contribute my part as a Rotarian. I’m happy to work in remote areas, especially with women, motivating them to play their role in society,” Gul says. Read more about Gul’s work in Pakistan.

Ann Lee Hussey has led Rotary volunteers on nearly 30 trips to places like Pakistan and Nigeria to immunize kids against polio, the disease that has affected her since she was 17 months old. A member of the Portland Sunrise Rotary Club, Maine, USA, she is an outspoken advocate for polio eradication and immunization in general and has testified at state legislative hearings in Maine on the importance of vaccination. In January, Hussey spoke of her experience as a polio survivor and her Rotary service at Rotary’s International Assembly, highlighting the role of frontline polio workers: “Without question, the many health workers around the world—80 percent of whom are women—are the unsung heroes on the polio front. Without them, we would not be where we are today.” 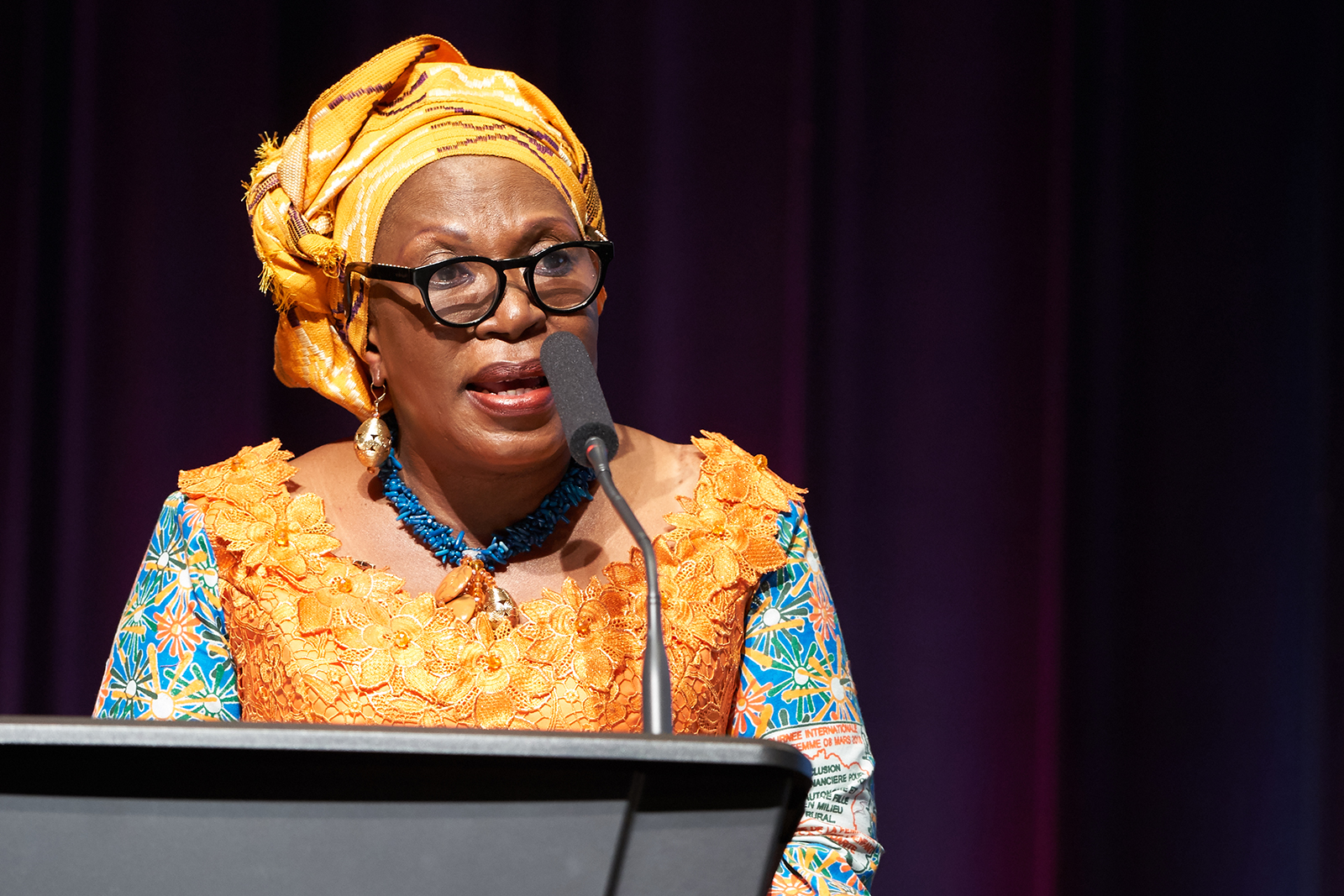 Richmond-Ahoua joined the Rotary Club of Abidjan-Biétry, Côte d’Ivoire, in 1991, making her one of the first female Rotarians in Africa. When a general canceled a national immunization day during a 1999 coup in her country, Richmond-Ahoua appealed directly to the general’s family, pleading that innocent children had nothing to do with the war. Shortly afterward, the general granted her request and presided over the opening of the rescheduled immunization day. Richmond-Ahoua coordinates national polio immunizations and serves on the Africa Regional PolioPlus Committee. She also spoke at last year’s World Bank International Women’s Day event.

Do You Have a Polio Story to Tell?
Share Your Story
Rotary statement on wild polio case in Malawi
Rotary International | Feb. 17, 2022
Newsletter Sign-Up
Learn about the progress we’re making to eradicate polio.
Sign up and help us make history today.
Personal data collected on this form is subject to Rotary’s Privacy Policy.